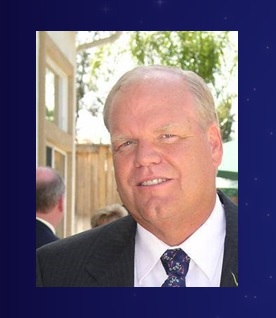 Established in 2020, The Dave Reese Distinguished Service Award was created to honor individuals who have provided extraordinary leadership, support, and service to The Quilt community and its stakeholders. The award is named in honor of Dave Reese (1958-2019), who was a founding member of The Quilt and served in a number of leadership roles for the organization including chairman of the board and treasurer.

“Dave was a treasured member of The Quilt community with a sharp mind for technology, an extraordinary sense of community, and a strong commitment to the mission of R&E Networks,” said Jen Leasure, president and CEO of The Quilt. “His passing last fall was a tremendous loss for our community. We couldn’t think of a better way to honor his memory than by establishing this award to recognize individuals who appreciate the diverse set of organizations that comprise our membership, embody the belief that collaboration makes the whole cloth of The Quilt stronger, and dedicate their time to supporting initiatives that broadly impact our Quilt member organizations.”

Reese held the position of Vice President for Regional and International Initiatives at CENIC. He had worked with CENIC since it began in 1996. In his remarkable career spanning more than three decades, he helped propel innumerable important networking projects on the regional, national, and international scale. His knowledge and understanding of how to define and run R&E Networks served as a guiding light for many networks around the country and the world.

The Dave Reese Distinguished Service Award was created to honor individuals who have provided extraordinary leadership, support, and service to The Quilt community and its stakeholders. The award is named in honor of Dave Reese (1958-2019), who was a founding member of The Quilt and served in a number of leadership roles for the organization including chairman of the board and treasurer.

“This award recognizes individuals who appreciate the diverse set of organizations that comprise The Quilt membership, embody the belief that collaboration makes the whole cloth of The Quilt stronger, and dedicate their time to supporting initiatives that broadly impact member organizations,” said Jen Leasure, president and CEO of The Quilt. “Jim’s contributions to The Quilt over many years have been invaluable and so are his contributions to the broader R&E networking community.”

Stewart has more than 40 years of experience working in the technology profession and has been working the past 22 years to support technology for all higher education, public schools, and health care organizations in the State of Utah. He also has served on The Quilt Board of Directors for more than two decades.

“Jim embodies the spirit of this award,” commented David C. Marble, president and CEO of OSHEAN in Rhode Island and member of The Quilt Board of Directors. “He has been selfless in his constant availability to help with so many activities, engaging with expertise, support resources and a wonderful sense of humor.”

This award was first introduced last year with technology pioneer Marla Meehl as the inaugural recipient.

“I was incredibly honored and feel privileged to be the inaugural awardee for The Dave Reese Distinguished Service Award,” said Meehl. “Dave was such a wonderful friend, colleague and mentor for me. It is very meaningful to me that Jim Stewart is being awarded this year, since Jim is also my great friend, colleague and mentor, and Jim is such an influential, passionate, and committed leader in our community.”

Stewart received this recognition at The Quilt Winter Member Meeting on March 9th, 2022.

Marla Meehl, a veteran technology leader and one of the world’s pioneering women in the field of advanced networking, received the inaugural Dave Reese Quilt Distinguished Service Award.

“Throughout her groundbreaking career as a woman in network engineering, Marla has worked to raise awareness and close the gender gap in information technology,” said Wendy Huntoon, past executive director of KINBER in Pennsylvania, co-principal investigator for Women in IT Networking at SC, or WINS (sharing the duty with Meehl), and one of the founding members of The Quilt. “While Marla’s professional contributions and accomplishments exemplify the characteristics associated with the Dave Reese Distinguished Service Award, it is her personal commitment to the people in the community that merits the award.”

Meehl received this recognition at The Quilt Winter Member Meeting on February 11th, 2021.

Nominations are now closed. Nominations typically open in October/November and are due by the middle of the following January each year.

In order to nominate someone for this award, please submit a letter of recommendation illustrating the nominee’s contributions to the goals of The Quilt to Jen Leasure at jen at thequilt dot net.

Your remarks should be organized and detailed in a way that allows the Review Committee to easily identify the judging attributes of commitment, collaboration, and support of The Quilt community. In your nomination please consider including information such as:

The Award Review Committee for 2022 is comprised of members of The Quilt Board of Directors and the previous year’s award recipient: Steve Cobató (Link Oregon), Marla Meehl (FRGP), and Akbar Kara (LEARN).

Recipients of the award are announced as part of The Quilt Winter Member Meeting each year.

The constellation selected to represent this award is “Aquila”. It symbolizes eagle, remembrance, and memorial. It is the brightest star at the vertex.