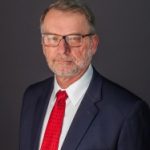 “It’s an honor,” Schopis said, “because you’re selected by your peers because they see you as being able to carry forward the work membership identifies as important.”

Paul Schopis currently serves as the interim executive director of OARnet, as well as chief technology officer. As CTO, Schopis develops the strategy and implementation of OARnet’s optical fiber network and private cloud computing environment. Schopis led the team that designed OARnet’s network, one of the nation’s leading statewide, high-speed networks for research and education, and was involved in all phases of its creation.

Schopis previously served as senior engineer for Ohio’s Internet2 Technology Evaluation Center (ITEC-Ohio). Among his other successes, Schopis also was a founding member of the Advanced Testing and Monitoring Team, in partnership with ITEC-Ohio, ITEC-NC, Spirent, British Columbia Institute of Technology and San Diego Supercomputing Center.