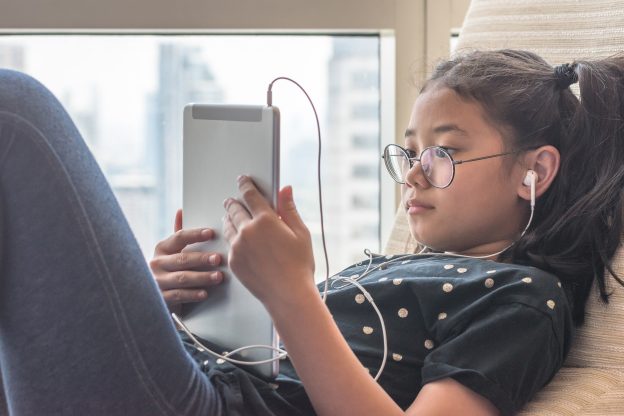 The pandemic exposed just how broadband access really is in today’s world. When lockdowns forced school districts to go remote and the term “distance learning” leapt from education jargon to commonplace and the enormity of the broadband access gap was laid bare for many in our state and across the country.

While the broadband gap exists in all communities, it’s wider in Rhode Island’s most urban areas, including the capital city. When the pandemic forced temporary closures of otherwise reliable, well-known free Wi-Fi access locations like libraries, coffee shops and community centers, ONE Neighborhood Builders stepped up to fill the need in the Olneyville neighborhood. ONE|NB, as they are known, is a Providence-based community development organization now providing free Internet to a portion of the Olneyville neighborhood situated in West-central Providence. Working with IT partners Ocean State Higher Education Economic Development and Administrative Network (OSHEAN), Brave River and Harbor Networks, ONE|NB built a mesh Wi-Fi network covering 5 million square feet in the community, serving roughly two-thirds of all local residents.

“The Internet is a public utility,” said Jennifer Hawkins, executive director of ONE|NB. “No one questions whether you should have access to clean water and heat and so forth, right? For so long, we just considered the Internet to be a luxury, a convenience. But, it really has absolutely transcended that at this point in time.”

It wasn’t long ONE|NB got off and running in late 2020, on a mission to provide broadband for the Olneyville neighborhood, that the team at OSHEAN stepped up to help make free community Wi-Fi a reality.

“Partnering with ONE|NB has been a natural fit for OSHEAN as we’re able to lend not only our expertise interacting with service providers like Cox, regulatory compliance and engineering know-how, but also just executing on delivering reliable broadband access within Rhode Island,” said David Marble, CEO at OSHEAN.

OSHEAN was in the thick of the project the whole way, working with Brave River and Harbor Networks to find Wi-Fi design solutions that blanketed as much of the community as possible. Together, the teams collaborated on mapping, engineering and network design, with ADT installing the hardware. They also developed a heat map to determine the optimal locations for Wi-Fi access point placement that would cover the greatest number of people with the fewest number of devices. Olneyville’s high population density was an advantage, with about 6,900 people within just four-tenths of a mile. Ultimately, the team chose two underground fiber-optic cable routes connecting 12 access points, a solution that covered a little more than 66% of Olneyville’s residents with a strong Wi-Fi signal.

OSHEAN looks forward to repeating this success in other neighborhoods – working either with municipalities or housing authorities to create more public Wi-Fi networks. “The Internet is not a luxury anymore, but a necessity to opportunity,” added Marble. “We’ve got a long way to go in bridging access gaps, but we’re prepared to work with state and local leaders to help make that goal a reality.”

For two decades, OSHEAN, Inc., has played a significant role in connecting people, institutions, technologies, and solutions across the research and education community in southeast New England. By delivering a next-generation technology infrastructure and solutions to member institutions and the communities they serve, OSHEAN empowers healthcare organizations, colleges and universities, K-12 schools, libraries, government agencies, and other community organizations to build relationships, leverage shared expertise, foster innovation, and advance their missions.