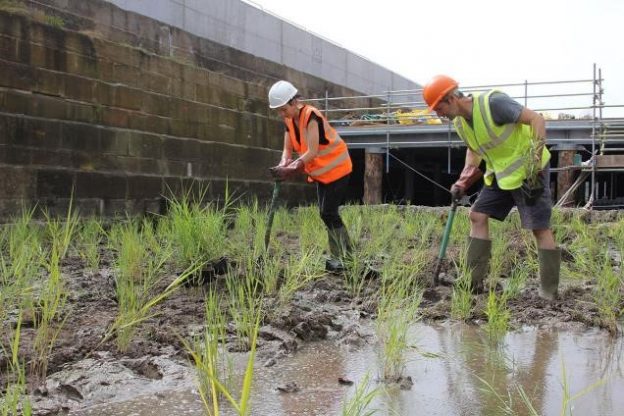 Since its conception, the Louisiana Optical Network Infrastructure (LONI) has been the provider of high-performance computing (HPC) resources to researchers to tackle challenging problems in science and engineering with the help of state-of-the-art computing technologies.

Over the last few years, LONI has delivered at least 50 million CPU-hours to its HPC users every year. In 2021, thanks to the newly-added QB-3 cluster with Intel Cascade Lake processors and NVIDIA V100 GPUs (Graphics Processing Units), that number increased to more than 80 million, a nearly 50 percent jump compared to the year before.

LONI is the premier high-performance computing and high-capacity middle-mile fiber optic network provider for Louisiana higher education and research entities. The technology assets include a 1,674-mile system of fiber optics cables that provides subscribers with private and public cloud access at an improved level of service over a typical service provider and enhanced support for digital activities for teaching, learning, and administrative functions. The high-performance computing (HPC) service allows researchers to conduct and store highly complex experiments using compute powers specialized for highly intensive computational processing. It also enables greater collaboration on research that produces results faster and with greater accuracy. LONI is owned and operated under the authority of the Louisiana Board of Regents.

Among the researchers enabled by LONI HPC is Dr. Maheshi Dassanayake, associate professor in the Department of Biological Sciences at Louisiana State University, whose research mainly focuses on plants that could feed and power the planet in the not-so-distant future. According to the report issued by the United Nations, food supply will be under serious threat in the next 30 years due to the adverse effects of climate change, including the continued rise of global temperatures, changes in precipitation patterns, an increased frequency of droughts and heatwaves, sea-level rise, melting of sea ice, and a higher risk of more intense natural disasters. In the meantime, the global population is predicted to grow to 9.6 billion by 2050, which requires food production to increase at least 60 percent to meet the projected demand. With yields declining and demand increasing, intervention is a must.

Funded by the Department of Energy and the National Science Foundation, Dr. Dassanayake’s team rose to the challenge. “As plant biologists, we try to understand the genes that make plants grow in extreme environments; what genes make this possible?” Dassanayake asks. “Why can one crop species survive while a related crop species cannot? The nature of the genes contributing to this fascinating diversity in physiology and development is currently hidden.”

In addition to plants suitable for human consumption, those that could be used as biofuel crops are also of great interest. “We need to be able to grow bioenergy crops on lands that are not used for agriculture,” she says. “These are marginal lands where we have lots of problems, such as drought, or lands that are inundated with brackish water or seawater; planned cultivation of bioenergy crops on soils of poor quality is necessary so as not to compete with other agricultural sectors.”

Dr. Dassanayake’s team is using recent advances in machine learning and genome sequencing technologies to study the “hidden” genes associated with plant resilience in extreme environments to be introduced into other stress-sensitive species. Projects like hers are usually very compute-intensive, as huge amounts of data in the form of hundreds of millions to billions of sequencing reads need to be processed and analyzed, a need LONI is well-placed to meet with its HPC clusters.

Using the QB-3 cluster, Dr. Dassanayake’s team recently produced and published the first high-quality reference genome for the common reed, an invasive plant species in North America, which will help the development of genomics-based bio-control measures and provide researchers “novel genetic material for selection to harness biomass and stress resilience potentials from an invasive species. In the long term, she hopes to establish a practical blueprint for data analytics on LONI that will be broadly applicable to the study of gene functions and result in a roadmap for improving plant traits for food, bioenergy, and beyond.

LONI is a state-of-the-art, fiber optics network that runs throughout Louisiana and connects Louisiana research universities to each other as well as Internet2. The resources provided by LONI enable greater collaboration on research that produces results faster and with greater accuracy.