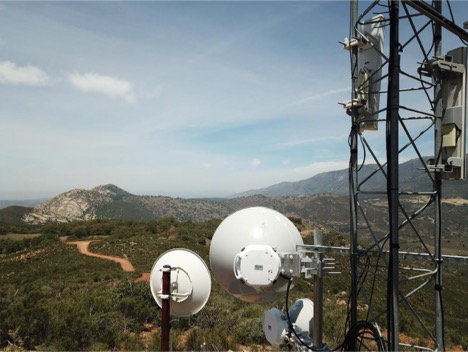 “Through this new connection to Pacific Wave, thousands of indigenous people will benefit from enhanced connectivity,” said director of technology for the SCTCA and director of TDVnet, Matt Rantanen. “All of these tribes have facilities that are now connected to regional, national, and international partners in the research and education community and beyond. This collaboration is an important start to bring global indigenous people onto a platform where they can connect throughout the Asia-Pacific Region and share efforts to strengthen their communities. We all have very similar stories of hardship and oppression, and could greatly benefit from sharing our solutions to overcome these obstacles and strengthen our communities as a whole.”

“Like the countries that Pacific Wave connects, Native American tribes are sovereign nations and therefore should have access to the international exchange and its accompanying domestic peering,” said Louis Fox, Pacific Wave board director and president and CEO of CENIC. “California and the entire research and education community are beneficiaries of this partnership as it brings tribal libraries, scientific research facilities, and cultural preservation institutions onto the same networks as their peers, not just in the West, but across the United States, and around the globe; and it facilitates many other partnerships among schools, cultural institutions, governments, and health care organizations.”

PNWGP and CENIC established the connection with TDVnet with help from Google and AT&T. Google’s Project Eagle Feather provided TDVnet with resources to enhance intra-tribal connectivity. AT&T provided a 10 Gbps circuit through their partnership with CENIC, which can be increased to multiple 10 Gbps or 100 Gbps circuits as demand increases, from TDVnet to a CENIC point of presence in San Diego. CENIC provided backhaul to Pacific Wave infrastructure in Los Angeles and Sunnyvale.

“Native Americans in tribal areas are among the least connected people in America,” said Google vice president and chief internet evangelist, Vint Cerf. “This new interconnection, and the incontrovertible logic behind it, is a dramatic way to draw tribal communities into a rapidly digitizing world.”

This partnership between Pacific Wave, private sector partners, and tribal communities has the potential to be replicated and extended throughout the West.