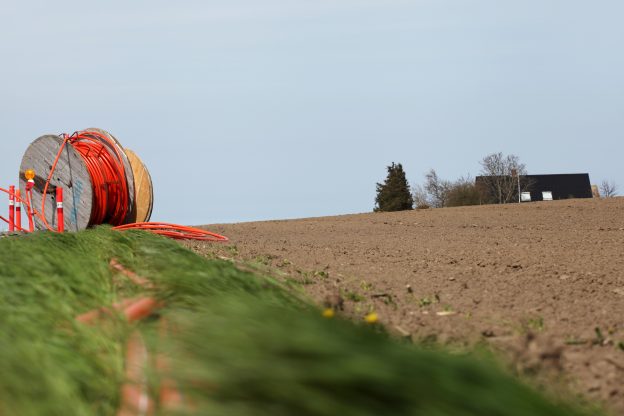 Unserved: Does not have access to 25 Mbps downstream and 3 Mbps upstream broadband (with downstream being towards the location).

Underserved: Does not have access to 100 Mbps downstream and 20 Mbps upstream broadband.

ICN, operated by the Illinois Department of Innovation & Technology (DoIT), helps facilitate broadband to unserved and underserved communities throughout the state by providing an open-access, middle-mile network.

As a result of a state and federal grant of $96 million in 2010 from the American Recovery and Reinvestment Act (ARRA), the ICN built 1,000 miles of 144-strand count fiber and leased (under long-term contracts) an additional 1,100 miles of fiber. Core equipment (electronic and optical) also was upgraded resulting in dark fiber and lit capacity that could be made available to retail service providers. As a result of the upgrade, completed in 2013, retail providers in Illinois have been able to purchase middle-mile connectivity from ICN to help facilitate broadband to unserved and underserved homes, businesses, and community anchor institutions.

Middle-mile service provided by ICN includes lit service, dark fiber, and colocation. Lit service means a point-to-point broadband connection between two endpoints. Dark fiber IRUs also are available for one or more strands of fiber to be lit by a commercial provider. Colocation is used by providers for regeneration of signal over the dark fiber network and/or to locate equipment in an ICN POP. Interconnecting to ICN means interconnecting via dark fiber, meaning splicing the provider’s dark fiber to the ICN dark fiber at an ICN hand hole, or interconnecting via a lit cross connect at an ICN POP site, where the provider has built into the POP site.

ICN’s open-access, middle-mile network has been successful, with ICN interconnected to more than 40 providers. Services facilitated include not just broadband to homes, businesses, and community anchor institutions but also broadband to 4G and 5G cell sites and broadband for electric cooperative signaling operations.

The Illinois Century Network (ICN) began in 1997 with the recommendation from the Higher Education Technology Task Force to create a single, statewide educational network. The ICN became reality in May 1999 with the signing of the legislation called the Illinois Century Network Act. The ICN has evolved into a 2,100-mile, high-speed broadband network serving K-12 and higher education, public libraries and museums, state and local government, and commercial service providers.