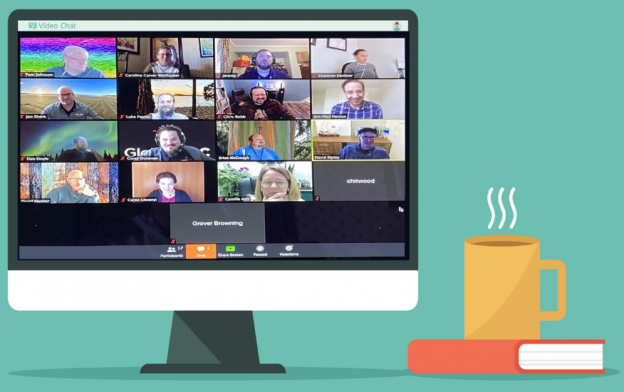 As Indiana’s high-speed research and education network, the I-Light network connects its 40+ member institutions seamlessly to each other as well as to the Indiana GigaPOP, which also gives them access to national and international R&E networks. It’s a big job that requires the I-Light team to be in regular contact with its members to best meet their various needs; and in our new reality the I-Light team has had to rethink how to stay connected with their community.

That’s where their new monthly virtual town halls come in.

“Regularly meeting in this informal way has been a game changer in the way we’re able to identify and support our members’ needs,” said Marianne Chitwood, director of I-Light and the Indiana GigaPOP. “Of course, there’s really no substitute for personally sitting down with someone and getting to know them and their users, but in these times, we’ve found virtual meetings to be a very effective alternative.”

The town halls hosted on Zoom have uncovered many issues I-Light members are grappling with, such as, security. With ransomware and other cyberattacks on the rise, especially in higher education, I-Light partnered with OmniSOC to provide cybersecurity services to its members — at no extra cost. Also based at Indiana University, OmniSOC is a shared cybersecurity operations center and a leader in higher education cybersecurity. The service is set to be fully operational in 2022.

The town halls also have been instrumental in expanding service offerings in other ways. For example, I-Light now offers interested members a managed router service, allowing I-Light engineers to maintain the border routers and ensure the network connectivity is stable and secure. I-Light also has been working with members on the deployment, support, and troubleshooting of eduroam. This service has been especially useful for members who need to work remotely — and being able to log in simply using their home institution’s credentials has been very impactful.

The I-Light team’s expertise with the Educational Broadband Service (EBS) radio spectrum has proved valuable as well. They have worked with members to locate use-case scenarios of the EBS licenses, and wireless hotspots have been deployed in areas of the state to members who need additional network connectivity. I-Light sourced more than 400 hotspots prior to the March/April 2020 shutdowns. And, now with on-campus learning back, those Wi-Fi hotspots remain available to I-Light members.

Finally, I-Light is stepping into the eSports arena, and recently formed an eSports Working Group for its members. This development comes in direct response to the large uptick in the number of institutions participating in this form of gaming and the value it brings to their schools. Notably, these institutions have also seen student recruitment and retention jump in response to their new eSports programs.

No one could have predicted that the pandemic would still loom in our lives for this long. At I-Light, however, the team is using the experience to explore ways to remain connected as well as provide value to its members.