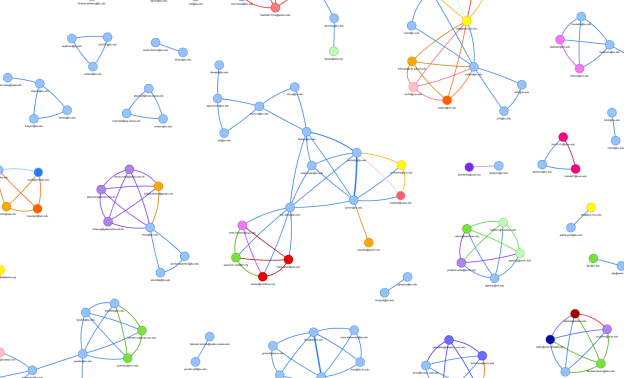 How do you draw together different groups of people to create a seamless research platform that encourages collaboration on a broad range of data-intensive fields and projects? Hold a Monday morning meeting?

The Great Plains Network Research Platform (GPN RP) began and is succeeding with that exact strategy. The end goal, like the Pacific Research Platform and other regional efforts, is to create a seamless research platform that encourages collaboration on a broad range of data-intensive fields and projects. GPN is accomplishing this by closing the gap between a number of communities including scientific equipment, high performance computing (HPC), storage, and the networks that connect them. This ultimately increases access to the research cyberinfrastructure across the region.

The first GPN RP meeting was Monday, February 19, 2018, and HPC directors, system administrations, research computing facilitators, and network engineers from GPN member universities and their state networks have been meeting most Mondays ever since. These groups of people often don’t get a chance to interact outside of collaborative groups like these.

GPN purchased Flash I/O Network Appliance (FIONA) boxes for seven members. Several other universities and state networks purchased their own, demonstrating their commitment to the project. The boxes were based on the specifications the Pacific Research Platform developed and GPN members refined. The first two months of GPN RP meetings coordinated the configuration, ordering, and delivery of the FIONAs.

Over the course of the first year, the GPN RP has deployed a Kubernetes cluster – geographically separate computers that function collaboratively as one orchestrated computing platform. The goal of GPN RP and its Kubernetes cluster is to “drop the clutch on science,” says George Robb III of the University of Missouri.

Two groups who typically do not have a history of interaction, system administrators at universities and the state network engineers, have the opportunity to ask each other questions and let each other know about upcoming projects that will affect network use.

Improvements in research data flow have already occurred. In one situation, a meteorologist mentioned during a meeting with a Campus Champion that data from the National Oceanic and Atmospheric Administration (NOAA) took too long to reach him. NOAA data traveled from Colorado across various networks before finally reaching the meteorologist’s Extreme Science and Engineering Discovery Environment (XSEDE) computing resource in Texas. Thanks to the GPN RP meetings, the Campus Champion knew how to escalate and diagnose the issue. Within days the meteorologist was happy because his research data workflow was once again completing successfully.

The collaboration within the region inspired GPN to develop a visualization tool to identify these great collaborators. Initially focused on the awarded grants within the National Science Foundation, the tool creates a social network graph, a “constellation”, reflecting the “stars” – the PIs and co-PIs of awards – with the lines detailing the awarded grants. Using the tool has proved invaluable in engagement at the campus, state and national level – both for general outreach but also to help communicate the value of research cyberinfrastructure. Within the GPN region it’s been used to identify centers that needed assistance in improving throughput to the cloud as well as to communicate with state legislature about the need for continued research network support.