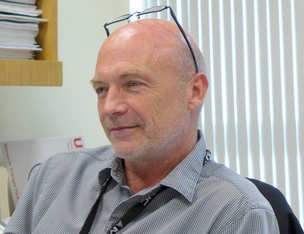 In January, FCC Chairman Ajit Pai announced the formation of this new federal advisory committee that will provide advice and recommendations for the commission on how to accelerate the deployment of high-speed Internet access. The BDAC is intended to provide a means for stakeholders with interests in this area to exchange ideas and develop recommendations, which will in turn enhance the FCC’s ability to carry out its responsibility to encourage broadband deployment to all Americans.

According to reports, approximately 380 nominations have been submitted for this committee with 17 seats available. The FCC intends to establish the BDAC for two years, with an expected starting date this spring.

The role of R&E networks in delivering advanced broadband Internet access for education, research and other community anchor institutions while also working to evolve the technology of the Internet itself provides an important perspective for the committee as it contemplates how to remove barriers to deployment.

The Quilt President and CEO Jen Leasure explained that because R&E networks like MCNC were established to meet the specialized needs of academic research in higher education institutions. The experience they have is particularly valuable for informing FCC policy for gigabit networks and beyond.

“Our country’s research and education networks and Mr. Johnson are well-positioned to contribute decades of leadership and experience in the deployment, management, engineering and operations of advanced Internet technologies at the local, state, regional and national levels,” wrote Jen Leasure in a letter of recommendation to Chairman Pai. “As independent, non-profit network builders and operators, R&E networks hold an invaluable role in this country’s broadband landscape that provides them with a unique perspective to contribute to discussions about removing barriers to broadband deployment.”

MCNC is a technology nonprofit that builds, owns and operates the North Carolina Research and Education Network (NCREN). MCNC has deployed fiber in 82 of 100 North Carolina counties and serves anchor institutions in all 100 counties on this vast, 2,600-mile network. MCNC also is committed to creating a market for dark fiber in the state to facilitate ubiquitous, gigabit residential broadband.

Johnson’s career encompasses 30 years of leadership experience in the management, engineering, and operations of Internet technologies. During his tenure at MCNC he has been responsible for operating a private microwave network and for a variety of fiber network technologies as a customer and constructor. North Carolina’s varied geography and mix of urban and rural communities means he has encountered all types of technical and regulatory obstacles in broadband technology deployment. And, Johnson has successfully worked with all types of entities in the broadband technology landscape to address these obstacles.

“The BDAC will be important in that it will advise the FCC on impediments to deploying advanced broadband Internet in rural areas,” said Johnson. “It’s important for MCNC and many of the country’s R&E networks because this is a strategic issue for us, and we want a voice in how those issues are framed. All of The Quilt members are pressing for better broadband to some degree, and it is also a critical issue for education so that everyone has access and connectivity.”

Johnson has received support from The Quilt as well as from many members of The Quilt who have written letters of recommendation. Internet2 has submitted a letter on his behalf and well as the North Carolina Wireless Research Center. N.C. Secretary of Commerce Tony Copeland has endorsed his nomination as well as Internet pioneer Jane Patterson and Joanne Hovis from the Coalition for Local Internet Choice (CLIC).

Mark is a founding board member of The Quilt, is a former board chairman, currently serving as its vice chair.  Mark is also a founding board member of the Schools, Health, and Libraries Broadband (SHLB) Coalition, a nonprofit, advocacy organization that supports open, affordable, high-capacity broadband connections for anchor institutions and their surrounding communities. If selected, he will represent the interests and missions of The Quilt research and education network community as a whole and is willing and available to serve a two-year term on the committee as well as participate as a member of any subcommittee(s).