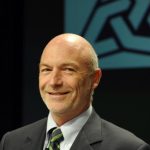 In January, FCC Chairman Ajit Pai announced the formation of this new federal advisory committee that will provide advice and recommendations for the commission on how to accelerate the deployment of high-speed Internet access. The BDAC is intended to provide a means for stakeholders with interests in this area to exchange ideas and develop recommendations to enhance the FCC’s ability to carry out its responsibility to encourage broadband deployment to all Americans.

“I’m honored to represent The Quilt and MCNC with this appointment, and I look forward to working with my fellow group members to find ways to best deploy connectivity solutions and advanced broadband Internet into rural areas,” Johnson said. “I’m delighted that the R&E networking community will have a voice on this critical issue, and I look forward to getting to work.”

The schedule for the new BDAC Working Groups has yet to be determined.

Johnson’s career encompasses 30 years of leadership experience in the management, engineering, and operations of Internet technologies. During his tenure at MCNC he has been responsible for operating a private microwave network and for a variety of fiber network technologies as a customer and constructor. North Carolina’s varied geography and mix of urban and rural communities means he has encountered all types of technical and regulatory obstacles in broadband technology deployment. And, Johnson has successfully worked with all types of entities in the broadband technology landscape to address these obstacles. He also is a founding board member of The Quilt, a former board chairman, and currently serves as its vice chair.