Networks — Human and Telecommunications — in the CENIC Context: Perspectives from CENIC Charter Associates

Like many in the Quilt community, CENIC is made up of a broad spectrum of participating institutions, in the CENIC lexicon: “charter associates.” These organizations chartered CENIC, make up the governance of the organization, and with the CENIC staff, shape the course for the future. While the impetus for R&E networking came from the “R,” the research community, there are numerous perspectives that have created the CENIC community. In this session, Quilt members will hear from leaders representing several of the CENIC Charter Associate segments: K12, California Community Colleges, public libraries, and governmental institutions in California. The panelists will discuss the value of this association to their individual segments, and the collective value of CENIC as an organization representing the broad community of research and education institutions in California, along with their diverse partners within the state, nationally, and internationally. 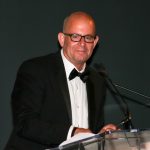 Louis Fox is President & CEO of the Corporation for Education Network Initiatives in California (CENIC), a non-profit corporation that provides broadband networks for education, libraries, academic medical centers, the arts, and research in California. Over 10,000 institutions connect to the CENIC network. Prior to joining CENIC, Louis served for nearly three decades as a researcher, faculty member, and administrator at the University of Washington and Duke University. Louis lives in Berkeley, California and Bozeman, Montana with Nashua Kalil, an urban planner and architect. 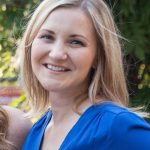 Kimberly Lewis has worked as CENIC’s legislative advocate and government relations consult for the past seven years. Ms. Lewis is the primary point of contact on matters before the Governor’s Office, Administration, California State Legislature and the California Public Utilities Commission advocating on behalf of CENIC’s member institutions. She played an instrumental role in bringing high-speed broadband to all of California’s public libraries by connecting them to CENIC’s California Research and Education Network (CalREN) and securing over $76 million in funding for K-12 schools to improve their Internet access and connection to CalREN. A Sacramento native, Kimberly holds a Bachelor of Arts degree in Government with a Minor in Business Administration from CSU, Sacramento. 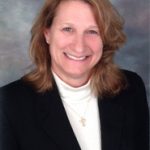 After starting her career in the private sector as a programmer/analyst and then software development manager, Deborah transitioned into education become a Professor in Computer Science & Information Systems. With a passion for the adaptation of technology use to improve student learning and success, the focus of her career has centered on that goal. Deborah has served as President of the Academic Senate representing faculty, Dean of Business and Computer Information Systems at two institutions, and as the Chief Information Systems Officer for two colleges. Deborah is currently a member of the Board for CENIC, Past President for the Chief Information Systems Officers Association for the California Community Colleges and Treasurer of the CCC Banner User’s Group in California. Deborah also currently serves on the Ellucian Executive Advisory Committee. Deborah served on the SSSP MIS Revision and New Allocation Formula Workgroup and the Non-credit SSSP Ad Hoc Workgroup promoting student success. Deborah has also served on numerous Accreditation Visiting teams and served as the Accreditation Liaison Officer at two institutions. 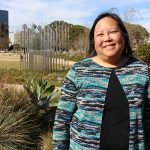 Patricia Wong, is the Director of Library Services for the City of Santa Monica Public Library system. She came to Santa Monica from Yolo County in northern California where she was Library Director for nine years. In Yolo she was a member of a cross-jurisdictional team that crafted a comprehensive county Broadband Plan; the plan set the stage for increased bandwidth and infrastructure in rural and urban areas. Patty successfully developed a 10GB library system through CENIC, as well as relationships with ISPs to offer 1 GB to the home in the community of Knights Landing. She currently sits on the CENIC Board representing public libraries.

Wong has co-authored nearly a dozen publications and has held many elected posts for national organizations such as the American Library Association, CENIC Board, the United States Board on Books for Young People, California State Library Board, and the Chinese American Librarians Association. She has also held a part-time faculty position at San Jose State University’s iSchool of Library and Information Science. In 2013, she received the California Library Association’s Member of the Year Award. Wong holds both a bachelor’s degree and a master’s degree in Library and Information Science from UC Berkeley. 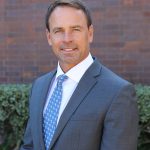 In July 2011, Terry Walker became the seventh superintendent in the history of the Irvine Unified School District. IUSD serves more than 34,000 students and is one of the highest performing and fastest growing districts in the nation; yet it remains one of the lowest funded districts in the United States. Through his visionary leadership, Superintendent Walker has met the District’s funding challenges head on. Now, in his seventh year as superintendent, and with more than 20 years in education, he has led IUSD through a period of rapid development, including the construction and opening of six state-of-the-art school facilities at the elementary, middle and high school levels. In addition, he has provided oversight of districtwide facilities development, improvements and school site expansions.

Superintendent Walker has successfully led the District through the implementation of the new State Standards, which marked one of the largest statewide evolutions of instructional practices in two decades. IUSD has continued to be one of the top performing districts in the state. In addition, he has fostered a culture of technology innovation and integration to prepare IUSD students for competitive 21st century colleges and careers.

In 2014 he was the only K-12 superintendent to be appointed by the California Department of Education to the Corporation for Education Network Initiatives of California (CENIC) Board of Directors and Executive Committee. The organization recently announced IUSD and other Orange County schools will receive the first K-12 high-speed network (100-Gigabits per second). Through his vision and in partnership with CENIC, IUSD will dramatically transform how students learn by leveraging technology and internet bandwidth in ways never before possible in K-12 schools. Due to his leadership of District investment in technology infrastructure, IUSD is uniquely positioned to fully maximize this unprecedented access and connectivity.

Superintendent Walker’s wealth of expertise and experience has made him a popular presenter for educational, technology, and business audiences and earned him recognition from his professional and educational peers. He has shared his technology vision and expertise at both conferences and mentor programs for the California Educational Technology Professional Association (CETPA). He has also provided training at ACSA’s Personnel Academy on interest-based negotiations and progressive discipline.